This exhibit forms part of LGBT Foundation’s Let’s Talk About Sex video history project, funded by the Heritage Lottery Fund. The project documents the stories of people across Greater Manchester involved or affected by campaigns on sexual health and HIV prevention sparked by the AIDS crisis. This exhibit showcases a selection of visual materials from those campaigns and provides some historical context to the fight against HIV and other STIs in Greater Manchester.

The exhibit cannot provide a comprehensive history and we encourage you to view the materials here alongside the video testimonies, clips of which are available online lgbt.foundation/letstalkaboutsexmcr and in the North West Film archive pods at Manchester Central Library.

In 1980 reports emerged from the United States of people presenting with unusual symptoms associated with immune collapse, followed by rapid deterioration and death. The first cases in the United Kingdom were reported in 1982.

Initially referred to as HTLV-III, or Gay Related Immune Disorder (GRID), then most commonly ‘AIDS’ (Acquired Immune Deficiency Syndrome), in 1986 the blood-borne virus was officially named HIV. It is now believed HIV had already killed many people over several decades, often those without access to medical care.

In Manchester, the first meeting about HIV took place in 1984 at the Thompsons Arms in the Gay Village, leading to the formation of Manchester AIDSline in 1985, one of the first HIV-specific organisations in the country. The helpline offered support and information about HIV to thousands of callers.

Uncertainty about how HIV was passed on initially led health authorities to adopt disproportionate and sometimes draconian infection control measures. In 1985, one man diagnosed with HIV was quarantined against his will at North Manchester General Hospital, leading to protests for his release.

Misreporting in the media added to a sense of fear and anxiety about HIV. Much of the coverage tended to stigmatise people living with HIV, and anyone considered vulnerable to the disease, including men who have sex with men, sex workers, drug users and people of colour. Inaccurately dubbed the ‘gay plague’, in 1987 The Sun newspaper openly called for the deportation of all gay men from the UK. 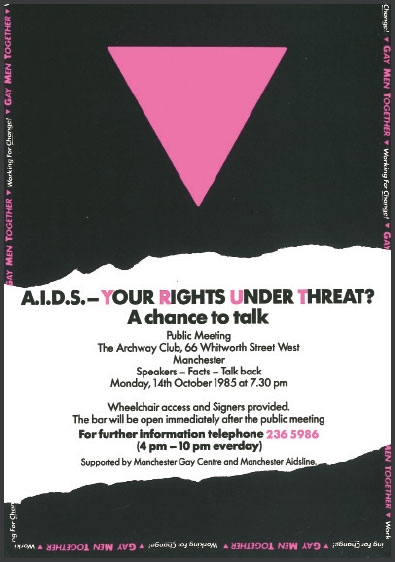 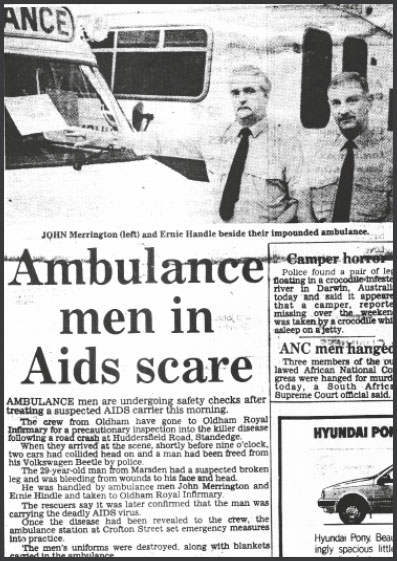 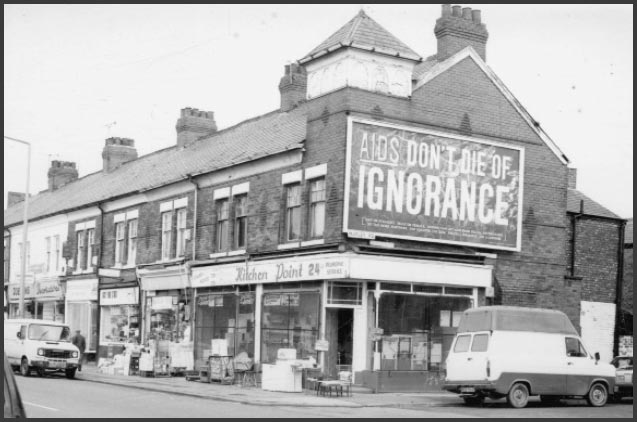 The Invention of Safe(r) Sex

Many of the risks and social stigmas associated with sex have historically been borne by women. Feminist movements have long campaigned for access to contraception and safe abortions, achieving this in England, Wales and Scotland in 1967. Access to abortion in Northern Ireland remains much more limited.

In the 1980s and 1990s, gay and bisexual men developed the concept of safe(r) sex to minimise the risks of HIV transmission. Founded in 1990, Manchester MESMAC used sex-positive imagery in campaigns to educate men who have sex with men about ways of minimizing risk, especially the use of condoms.

MESMAC was supported by the special AIDS unit set up by Manchester City Council, one of the first local authorities to adopt a policy on HIV/AIDS. Nationally, safer sex efforts were hampered by the UK’s obscenity laws. The Department of Health was forced to use diplomatic bags to smuggle safer sex materials into the country from the United States to avoid them being seized at customs.

In 1986, the government launched the controversial Don’t Die of Ignorance campaign. A leaflet about HIV was delivered to every household, and adverts, featuring the infamous tombstones and icebergs, were broadcast on television.

In 1988 the Conservative government introduced ‘Section 28’, a clause of the Local Government Act forbidding the ‘promotion of homosexuality’ and ‘pretended family relationships’ in schools. The legislation had a chilling effect that made it difficult to have frank conversations about sexuality and HIV prevention strategies in education settings and beyond.

In the late 1980s and early 1990s, the combination of HIV/AIDS and Section 28 meant that many LGBT people felt under siege, fuelling waves of protest and direct action in Manchester. In 1988 tens of thousands of people rallied in Albert Square against Section 28, the largest demonstration in the country. The legislation was only finally repealed in 2003.

Activists from the Section 28 protests formed Manchester ACT UP, a chapter of the direct action movement, AIDS Coalition to Unleash Power, founded in New York in 1987. ACT UP used attention grabbing stunts to raise awareness of HIV and to challenge the discriminatory practices of government and private companies. In one action, ACT UP members stuffed tennis balls with condoms, sending them over the walls of Strangeways prison in protest at the government’s refusal to distribute condoms in prison settings. 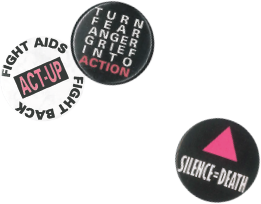 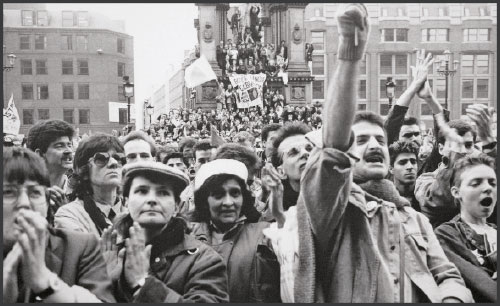 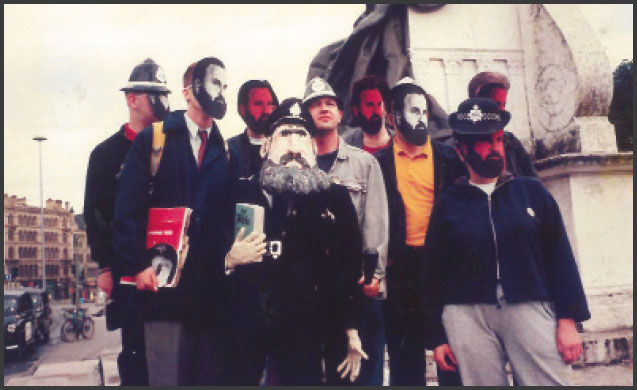 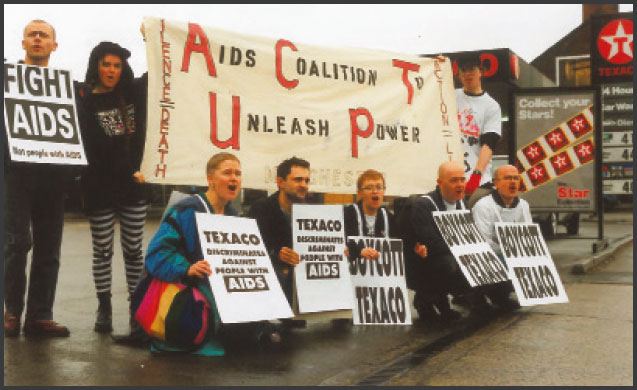 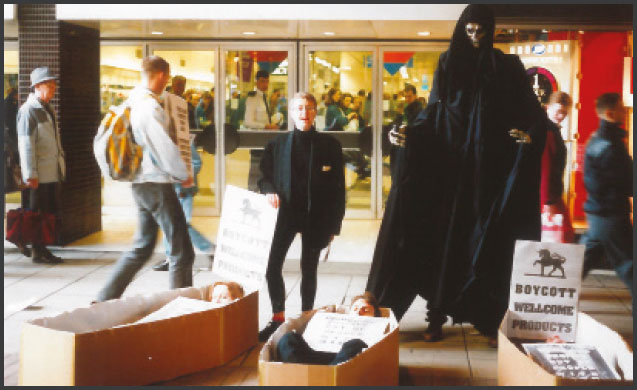 During the 1990s and 2000s, a raft of organisations emerged in Manchester focused on providing support and care services to increasing numbers of people living with HIV, whilst stepping up prevention campaigns on sexually transmitted infections.

Founded in 1990, the Black HIV/AIDS Forum was set up as a response to the lack of culturally appropriate information and services available to black communities in Manchester around HIV. It also provided a counselling service. Today, BHAF operates as BHA for Equality in Health and Social Care. 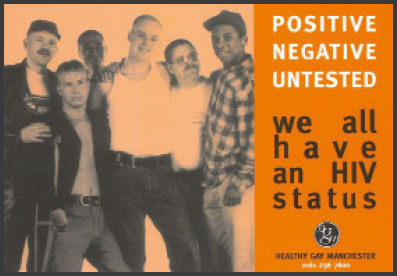 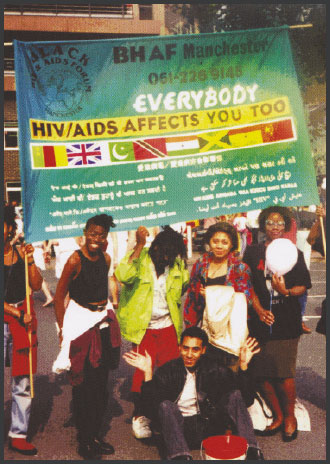 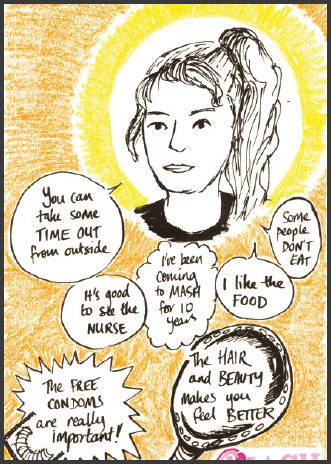 Manchester Action on Street Health (MASH) was formed in 1991 to provide support to women sex workers, including a needle exchange as well free access to condoms. MASH has since expanded its services to offer a fully holistic support service to women in sex work.

In 1994, campaigners from Manchester MESMAC set up Healthy Gay Manchester, dedicated to improving sexual health amongst gay men. HGM pioneered a free condom and lube distribution scheme in Greater Manchester that became a model for the rest of the country. In 2000, HGM merged with the Manchester Lesbian and Gay Switchboard to become the Lesbian and Gay Foundation, and now LGBT Foundation.

Operating since 1985, Manchester AIDSline was succeeded by the George House Trust, today the largest HIV charity in the North West. GHT is currently the main provider of services to people living with HIV in Greater Manchester, and plays a pivotal role in coordinating the World AIDS Day Vigil.

Globally it is estimated that 34 million people are living with HIV, whilst 16 million have since died of AIDS (advanced HIV)

Manchester remembers those lost to HIV with the Beacon of Hope in Sackville Gardens, the only dedicated HIV/AIDS monument in the country

The Red Ribbon becomes the worldwide symbol of HIV/AIDS solidarity

The Future of HIV Prevention

In 2016 activists launched the Undetectable = Untransmittable campaign, following evidence that a person living with HIV with an undetectable viral load will not pass on HIV to a partner. With an active presence in 70 countries, the global U=U campaign seeks to educate people about HIV transmission and reduce stigma towards those living with HIV.

LGBT Foundation’s Trans programme is addressing the under-representation of trans people in sexual health initiatives with the publication of a special Trans Sexual Health guide in 2018. The resource features artwork that aims to reflect a diverse range of trans bodies, something often lacking in sexual health campaigns. 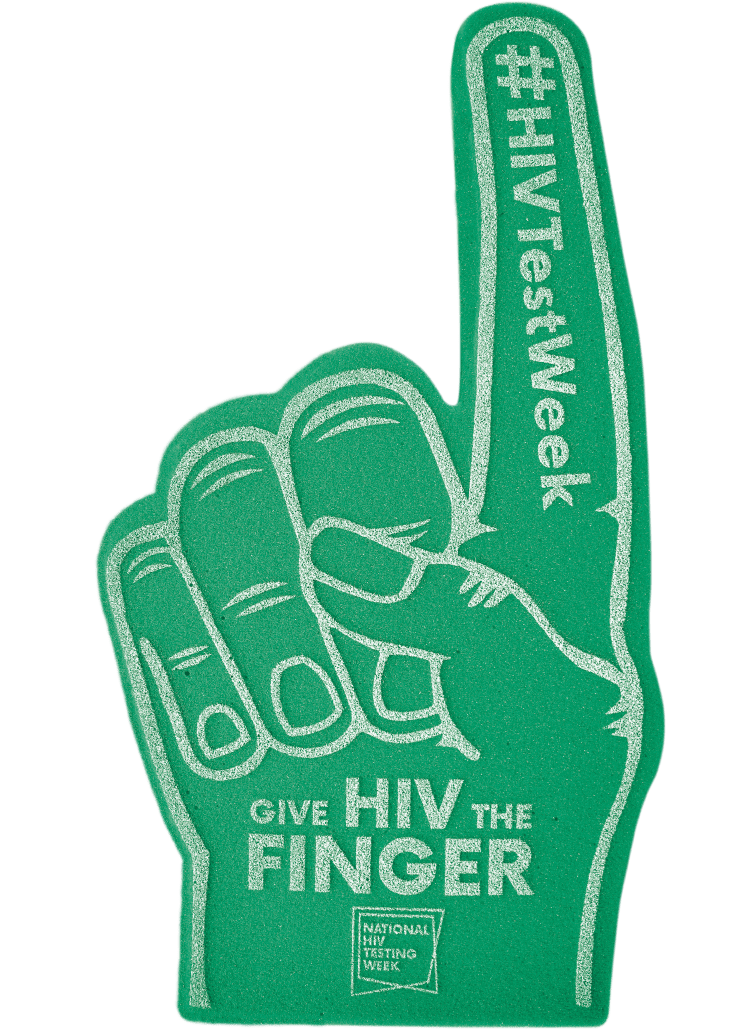 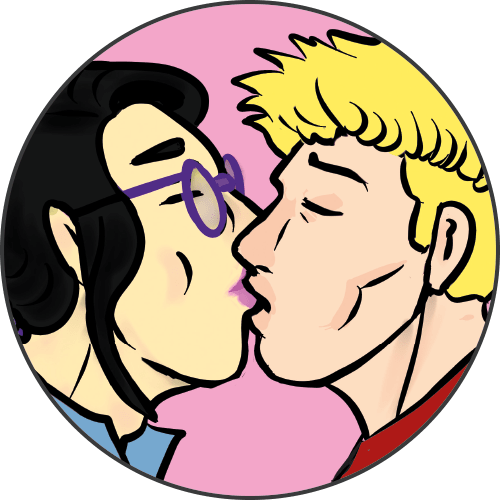 PrEP (pre-exposure prophylaxis) is a pill taken before sex that protects people from contracting HIV. Previous trials have shown that PrEP is a highly effective tool in HIV prevention. PrEP is now available on the NHS in Scotland, and through NHS trials in England and Wales.

The 30th World AIDS day will be marked on 1st December 2018. Worlds AIDS Day is an opportunity for people worldwide to unite in the fight against HIV, show support for people living with HIV and commemorate those who have died from an AIDS-related illness. 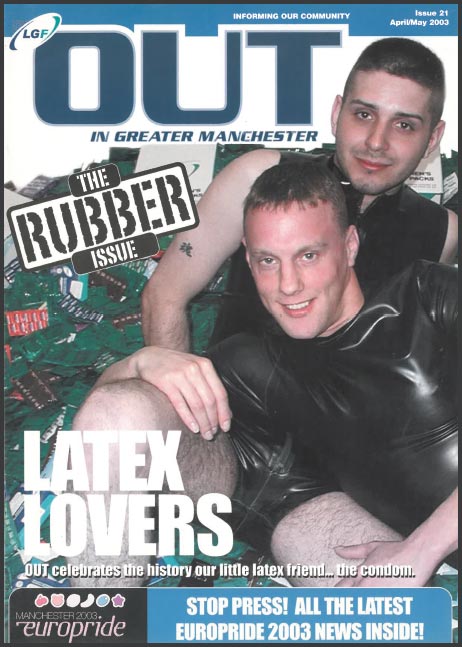 In its various incarnations LGBT Foundation has been a driving force in safer sex campaigning for the last 30 years, and has used a variety of innovative approaches to get its messages across.

In 1994 Healthy Gay Manchester launched one of the first free Condom and Lube distribution schemes in the country for gay and bisexual men. The longest continuously running scheme of its kind, it has grown to distribute over 500,000 individual condoms and 500,000 sachets of water based lube every year.

In response to the difficulty of getting safer sex messages into the wider media, Lesbian and Gay Foundation founded OutNorthWest magazine, which from 2000 - 2014 became the leading regional lesbian, gay and bisexual people's publication with a monthly readership of over 75,000.

The needs of LGBT communities have changed but LGBT Foundation continues to be there by providing a listening ear, a friendly smile, life-saving information, life-enhancing services and support to LGBT people who’ve often had nowhere else to turn.